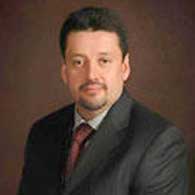 Dr. Jaime Ponce De Leon Palomares is one of the foremost names in the field of bariatric surgery in Tijuana, Mexico. A leading Mexican bariatric surgeon with more than 2,300 lap band surgical procedures under his belt, Dr. Leon has been performing minimally invasive laparoscopic surgery for nearly two decades.

Having trained internationally in the United States and France, Dr. Leon is counted among the best of the bariatric surgeons in the northwest region of Mexico.

Below is his profile:

Dr. Jaime Ponce De Leon Palomares performs gastric sleeve, banding and other obesity surgical procedures at one of the leading hospitals for weight loss surgery in Tijuana. The hospital boasts of 20,000 bariatric surgeries performed over a period of 20 years.

Its successful track record makes it one of the leaders in bariatric solutions in the entire country. The hospital associated with Dr. Jaime Ponce is conveniently located just 20 miles from the US-Mexico border.

For more information and a FREE Quote on weight loss surgery with Dr. Jaime Ponce De Leon, fill the estimate-request form on the right.

*Please review our full disclaimers, Terms & Conditions and, Health Privacy & Confidentiality Statement. Individual results may vary. The statements on this website have not been evaluated by the FDA or any medical professional.
Go Top

CELEBRATING 15 YEARS OF MBS & YOU

Your Coupon Code is on it's Way!

Please check your inbox for an email with more details.